ALEXANDER'S SPORT FISHING OFFERS THE OPPORTUNITY TO FISH WITH PROFESSIONALS HAVING OVER 25 YEARS OF EXPERIENCE ON THE LOCAL WATERS OF NORTHEAST WISCONSIN.

You will be fishing from a 2016 Ranger 621 powered by 300HP Mercury Motor, F9.9 Kicker Motor and using a 101 LB Minnkota Bow Mount Trolling Motor for those exact presentations.

RATES
WHAT WE FISH
ICE FISHING TRIPS
REFUND POLICY
WHAT WE PROVIDE
WHAT TO BRING
BOOK TODAY! 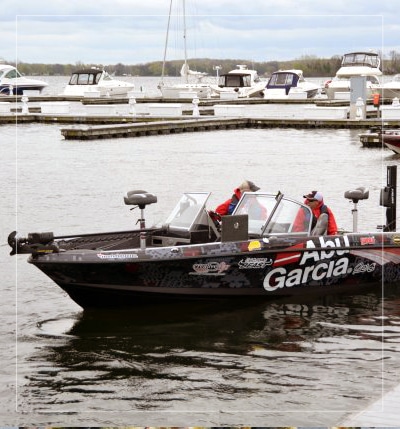 With 7 guides working closely together, we can accommodate groups up to 30 people. We consider 2 or 3 people per boat to be an ideal charter for comfort and fish caught per person. We will cater to your fishing desires, whether you want to catch trophy fish or just have a fun day on the water.

* On our Bass trips in Northern Door County (North of Sturgeon Bay), we charge an extra $50.00 fuel charge

Photos of Your Trip

* If fishing the waters of Lake Michigan for Trout or Salmon
** For all the fish you will catch!!

We offer world-class ice fishing trips starting in January and going until ice out. Trips are available for walleye, Northern pike, perch, and whitefish.

For more detailed information about our ice fishing trips, click the button below.

ICE FISHING:
Starting in January, until ice out!

We Require at a minimum of 10 days prior notice if you need to cancel a trip that is scheduled with in order to receive a deposit refund.

Failure to call 48hrs prior and no show on single half day, whole day, and package charter with deposit will result in full charges of trip plus credit card charges (3%) being applied to depositors credit card.

For Daily Photos and Reports

Check The Weather For Your Big Day